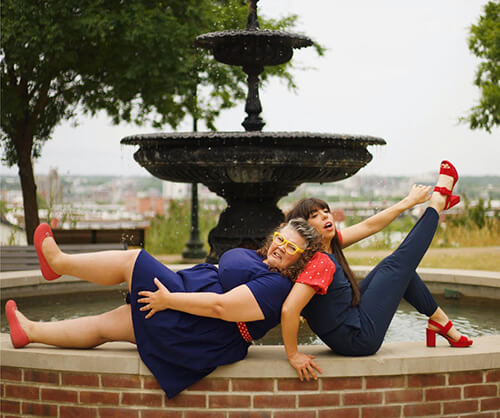 It takes two to make a thing go right!  It takes two to make it out of sight!  This workshop, taught by two improv besties, is about bringing your improv duo to the next level through bold and diverse character work, listening and noticing each other’s subtleties, and creating a world based on relationships and trust. Have a duo partner? Then sign up together! Looking for a duo partner, then maybe you’ll find your improv other half!

Enroll in all 3 Bianchi & Byland Workshops 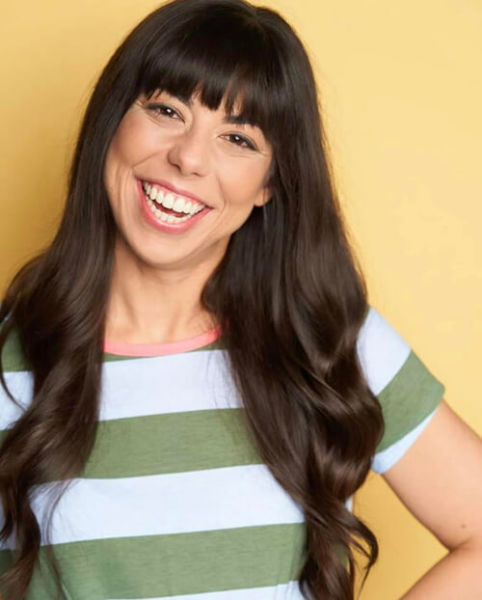 Elizabeth Byland (better known as EB) holds a joint faculty appointment at Virginia Commonwealth University in Richmond, Va, as the Head of Improv with the School of the Arts and the Director of Applied Health Improv with the Center for Interprofessional Education and Collaborative Care. In addition, she serves on the Board of Directors with ComedySportz Richmond and performs as a company member with Coalition Theatre, founder of her own non-profit organization called Comedy Connects, and a co-founder of Queen City Comedy as a professional film/television actor.

EB provides a unique opportunity for those of all learning abilities, backgrounds, and experiences to learn, grow, play, and express themselves creatively in a safe and positive environment while utilizing the techniques of improvisation. Elizabeth holds a BFA in Acting from Northern Kentucky University and an MFA in Performing Arts from the Savannah College of Art and Design and professional improv training from iO Chicago (levels 1- 5B).

She brings her joyful energy, along with her 12 years of teaching experience and 17 years of performance experience, and a mission to help others reconnect and say “YES” to life! 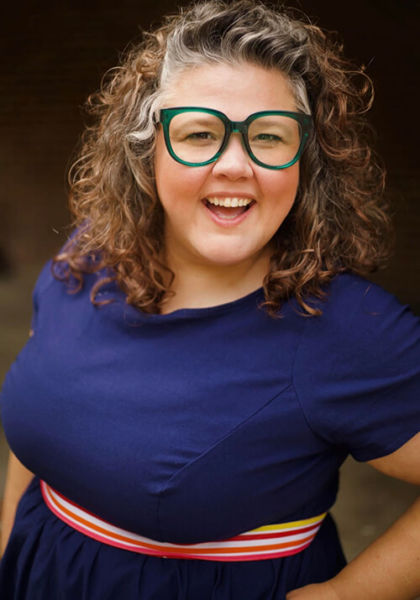 Jenn Bianchi is an improvisor, educator, and actor based in the Chapel Hill, NC, area.  She performs weekly with The PIT-Chapel Hill in addition to teaching classes and workshops online with The Peoples Improv Theater in New York City. Additionally, she is on faculty and a performer with the Queen City Comedy Global Improv project working with students across the globe.  Jenn is an active member of the Southeastern improv scene for the last decade producing multiple festivals in Charlotte, Raleigh, and Chapel Hill, as well as leading workshops at various improv festivals.  She is a winner of the Global Improv Projects 3-on-3 tournament with her all-female team Burnett Brigade as well as the ComedySportz Richmond 2021 Spring Rumble Winner with duo partner Elizabeth Byland on the team Bianchi&Byland.